Two women riders will hit the road on June 5 traveling from more than 3600 miles from New York to San Francisco retracing the historical route ridden by pioneering motorcyclists Effie and Avis Hotchkiss 100 years ago. Lisa Brouwer and Kris Haase are embarking on The Inspired Tour. 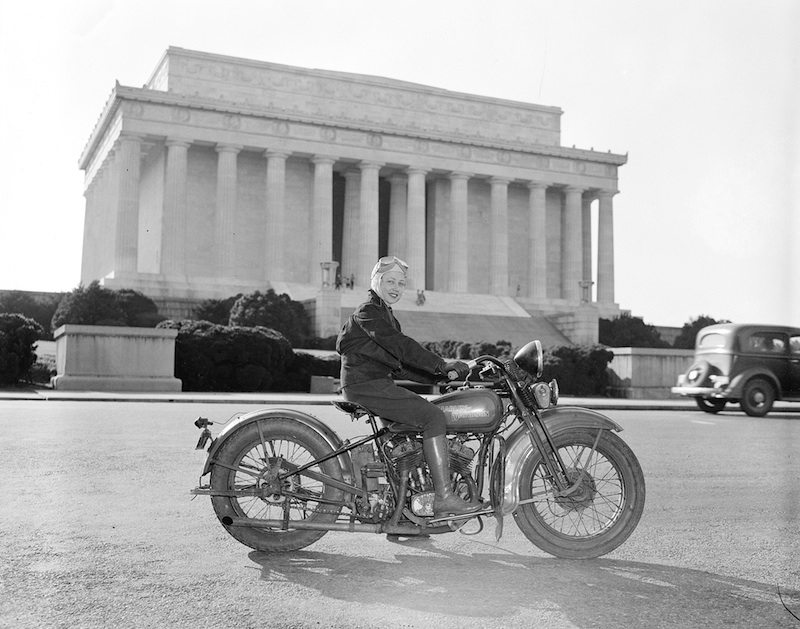 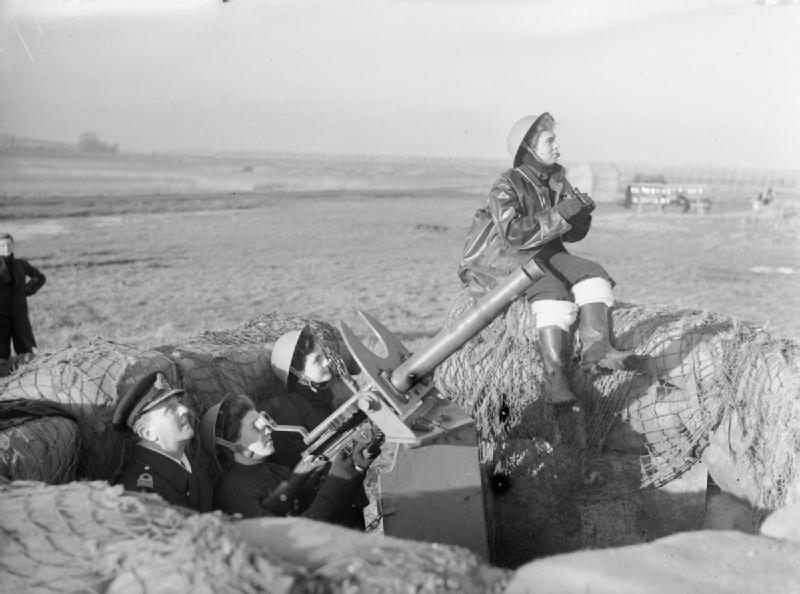 As Americans, when we think of the role of women in World War II (WWII), we often envision factories filled with women wearing headscarves, riveting together airplanes. That may have happened in the United States, but across the Atlantic in Great Britain, things were definitely more dangerous for the women that helped with the war effort. 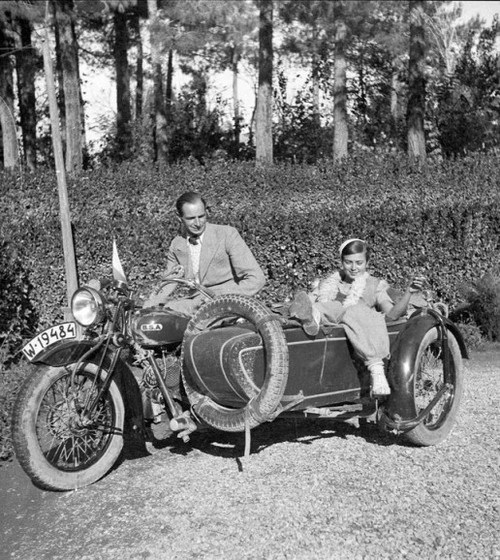 After their marriage in 1934, Stanislaw and Halina Bujakowski decided that for their honeymoon, they would fulfill a lifelong dream and travel by motorcycle from their home in Druskininkai, Poland to Shanghai, China. They already owned a BSA motorcycle which was equipped with a sidecar, so all they needed to do was to pack and go. 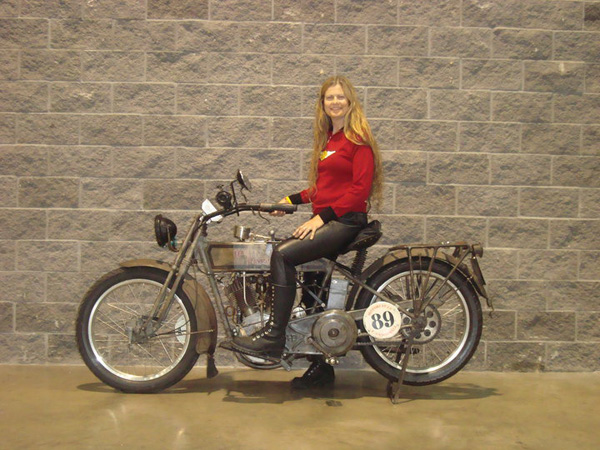 Cris Sommer Simmons was the only American woman riding in the Motorcycle Cannonball Endurance Run that wrapped up September 26, 2010 in Santa Monica, Calif. Cris finished 20th overall. She spoke with me by phone three days after her history making ride from her home in Hawaii where she is relaxing after riding her 1915 Harley-Davidson across the country. 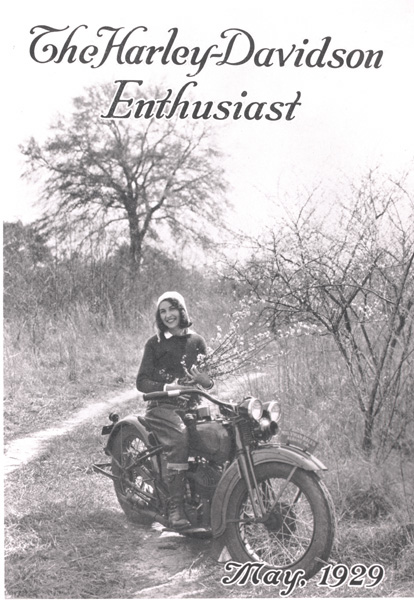 At age 20, Vivian Bales, a Harley-Davidson Enthusiast magazine cover girl, set out on a solo journey to explore the U.S.A. Read in her own words her experiences about being a woman rider in the 1920s, the special treatment she got along the way and the joy and excitement on being a girl on a motorcycle. Her fascinating story offers a glimpse into what it was like to be a woman rider in the early 1900s.

One of the biggest and most respected engine manufacturers in the motorcycle industry, SS Cycle, may not have existed if it wasnt for Marjorie Smith. “If it wasnt for her willingness to continue the business in 1959 and take over the office responsibilities and financial burden, there probably wouldnt be an SS,” reflects Ken Smith, one of Marjories two sons who started working with the company in the 1970s. 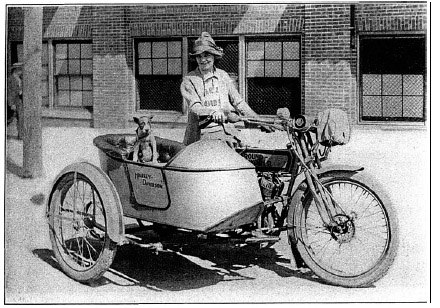 In the first few decades of the twentieth dentury, the roads made motorcycle touring a rugged sport. Before concrete interstates and blacktop secondary roads, most roads were dirt or gravel trails. Venturing far outside the city required a flair for adventure, a lot of stamina and a rugged machine. The fact that men ventured forth under those conditions was unquestioned, but for the women to do the same caused a great deal of attention, because of their presumably passive role. Even among these exceptional female motorcycle pioneers, some stood out… like a Waco, Texas, woman named Della Crewe. 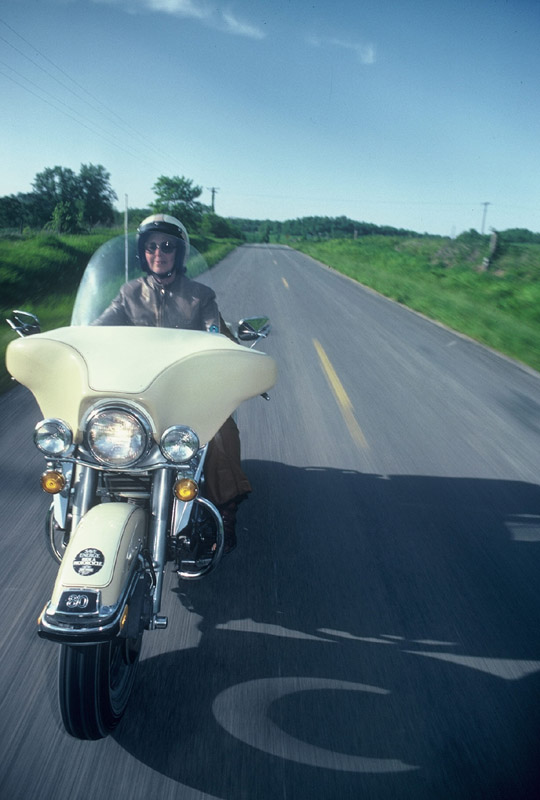 When she appeared on The Tonight Show with Johnny Carson in May 1979, Hazel Kolb was the picture of happiness and contentment. Here was this 53-year-old grandmother, halfway through riding her 80-inch Harley-Davidson Electra Glide around the perimeter of the continental United States, alone, and the significance of this national television exposure was not lost on her. “Next to the birth of my kids,” she would later say, “it was the highlight of my life.”

Vivian Bales was the first female to grace the cover of the Harley-Davidson Enthusiast Magazine.