Riding a Motorcycle Around the World to Help Young Women

Finding the courage to go all in

Do you have a story to share? Please send it to us. Read WRN's submission guidelines here. 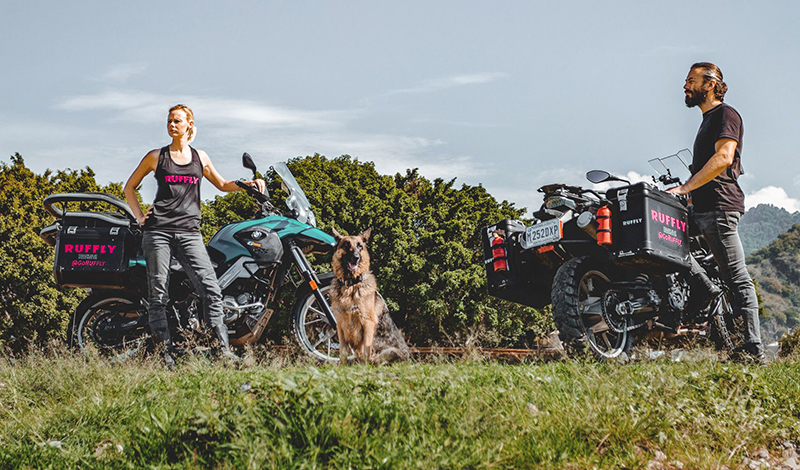 Getting Started on Motorcycles

I started to ride motorcycles when my boyfriend (who is now my husband), Greg, invited me to join him on a motorcycle trip across North and South America. I had no idea at the time that it would be the start of riding a motorcycle around the world. Entering the world of motorcycles was totally new and completely alien to me. In preparation, I studied all the mistakes I could find on blogs, forums, and YouTube because I was terrified of making them and looking silly in front of onlookers.

I was haunted for years by a disparaging, critical voice in my head. I imagine many women are familiar with the voice that says, “Silly girl, you have no idea what you’re doing. You have no business playing with big toys or expensive machines!”

Learning to ride a motorcycle in Liberia, I battled my critical inner voice that scared me a whole lot more than the thought of crashing, falling over, and getting hurt. I didn’t yet know about wearing good protective riding gear.

I read a blog once in which the woman rider described pulling to a stop at a red light and dropping her bike because she forgot to put her foot down. “How is that even possible?” I asked my now husband, Greg, echoing the voice in my head as a way of unloading the insecurities I felt onto someone else.

“Oh, it’s possible and not even that uncommon,” Greg replied, and then went on to explain that there’s a lot to think about and keep track of when you’re first learning to ride. I wasn’t convinced but decided to let the topic lie and returned to searching for all the mistakes I’d be sure to avoid.

A couple days later I set off for my first solo motorcycle ride, 20 minutes on the outskirts of Monrovia, Liberia, where we were living as aid workers. As a foreigner and a female riding a motorcycle, motorcycle taxis called boda bodas swarmed around me like buzzards. When I finally pulled into the large hotel parking lot that was my arbitrary destination, I was an emotional cocktail of pride, enthusiasm, and utter exhaustion. I was so relieved to come to a full stop that, yup, you guessed it, I forgot to put my foot down. How was I going to ride a motorcycle around the world if I cannot even stop without dropping it?!

Even before the motorcycle went over my pride and relief turned to horror. There was a dull thud and then a deafening silence when the engine went dead. The shame and mortification blasted me like a furnace, and I felt like my life was over. Only it wasn’t. Two construction workers came running over and helped me lift the bike. They asked if I was ok and then praised me – yeah, that’s right, praised me – for riding all on my own.

Getting Down to Business

After completing the North and South America trip, Greg and I moved to Guatemala to support a women’s microfinance and empowerment nonprofit. Shortly after moving to Panajachel at Lake Atitlan, Guatemala, I adopted my German shepherd, Moxie. It was a wonderful, life-changing experience, but it also presented me with some challenges that led me to start my own business.

I wanted durable outdoor dog gear that looks beautiful and not overly technical, and I wanted it to be made in an ethical way. After all, I was working for a women’s empowerment nonprofit! Made to embody what I like about The North Face and Vera Wang, I engaged indigenous women artisans, tailors, and craftspeople in Guatemala to create the ethical outdoor dog gear brand RUFFLY.

RUFFLY gear for dogs is made by indigenous women artisans and tailors who work in small home workshops in the Guatemalan Highlands.

It's a RUFF World

I also wanted to continue traveling the world by motorcycle with my dog. We scoured the internet for commercial and DIY options, but we didn’t find anything that would be safe and comfortable for Moxie, and that would not dramatically impact the ride geometry of my tall, midweight ADV motorcycle. Undaunted—ok, maybe a little daunted—we decided to create our own. 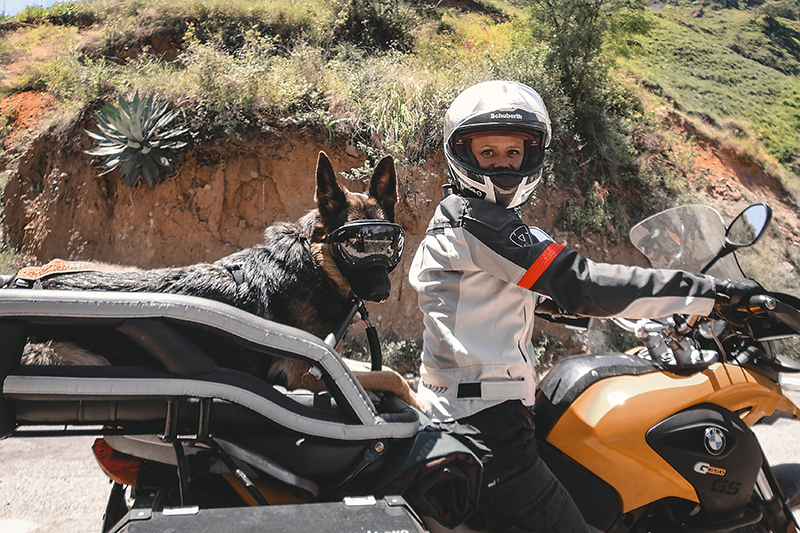 After months of testing, designing, and prototyping, we produced the K9 Moto Cockpit motorcycle dog carrier for medium and large dogs. The Cockpit is a tubular steel-framed carrier that, like roll bars on an ATV or Jeep, combines cushioned rigid protection with an authentic open-air experience.

Motorcycling has given me the courage and confidence to try, to fall on my face, and to try again; the grit I needed to start a business, the stones to quit my job and go all in, and in March, the guts to ride a motorcycle around the world with my German shepherd on the back. 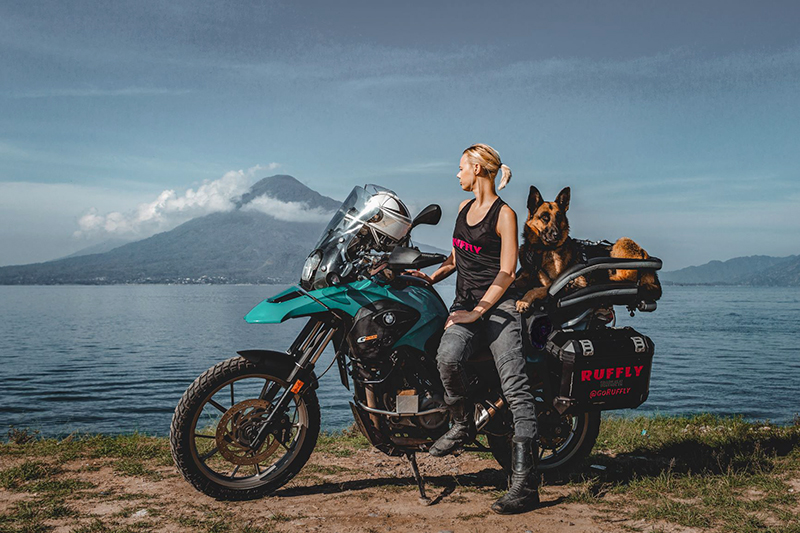 This March, Jess, Greg, and her 75-pound dog, Moxie, are riding around the world to raise $100,000 for Girl Up, which empowers young women leaders around the world to advance gender equality. Girl Up was founded in 2010 by the UN Foundation as an initiative to support UN agencies that focus on adolescent girls. In addition, 10% of every sale at RUFFLY goes to support the Girl Up foundation.

For more info about RUFFLY gear for dogs visit GoRUFFLY.com.

Find out more about Girl Up, visit GirlUp.org.

Do you have a story to share? Please send it to us. Read submission guidelines here.